I don’t know about you, but I love a good Disney princess movie. I love seeing the heroine defy expectations and falling in love—as most of them do—somewhere along the way. So, here are my favorite princesses:

Mulan has never fit in with the other girls, and she doesn’t like pretending to, but she’ll do anything to make her family proud. 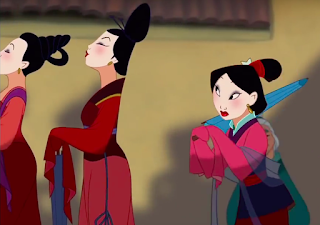 I can’t help but feel sympathy towards her, and then admiration when she decides to take her fathers place. Facing the penalty of death—even to save your father—would be terrifying. Mulan is one of my favorite Disney princesses for her compassion, courage, and clumsiness, which I can relate to better than I’d like. 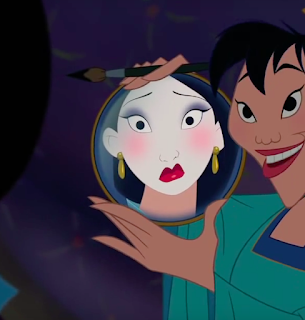 At first, I didn’t really like Elsa. After one incident, she completely shut her sister out. 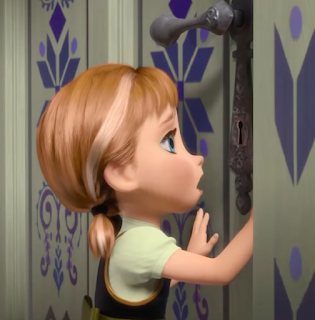 Even when Anna’s outside of Elsa’s door after her parents’ funeral, begging her to open up, Elsa doesn’t. It wasn’t until later that I realized how much of Elsa’s fear was for Anna rather than herself. Did Elsa want to be alone during her parents’ funeral? Of course not. But after the emotional trauma, her powers were so out of control that she couldn’t afford to let anyone in—not even Anna. 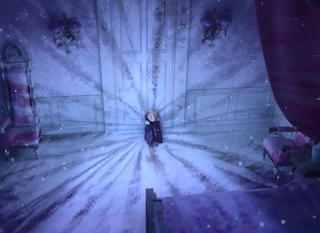 Elsa is my second favorite Disney princess for her selflessness… and epic ice powers.

“With a dreamy far-off look, and her nose stuck in abook, quite a puzzle to the rest of us . . .”

For one, Belle loves books, and as you probably already know, so do I! I thought it was so cool that a Disney princess was as enraptured with books as I was. Though she’s beautiful, she doesn’t let that get to her head or get in the way of her principles. Just like Mulan, she doesn’t fit in either, but she accepts that and doesn’t let that get in the way of being herself, something I strive to do. 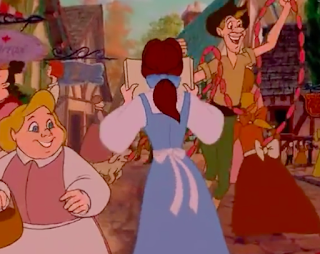 And I just love the relationship between her and the Beast and how she sees more than just what’s on the surface.

Belle is my favorite princess because she reminds me of me, she’s intelligent, and she upholds her principles.

So who are you favorite princesses? Are there any non-Disney princesses you like? What traits in a character do you most admire?

I look forward to seeing your comments!