Books of the Infinite (Laurie) 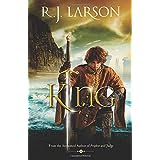 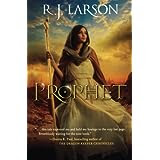 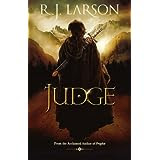 If you're looking for well-written fantasy with memorable characters and impressive world-building, I would recommend checking out R.J. Larson's Books of the Infinite.  I certainly didn't find these books to be fast reads due to the complexity of the writing and the many nuances of Larson's fictitious countries and their political structures, but it was worth persevering to the end.

Prophet was my favorite book of the series. It follows a teenage girl, Ela, as she accepts the Infinite's call to be his first female prophet and the resulting adventures and challenges she faces. What I found most intriguing about this book was the complexity of Ela's character - she appears brave and powerful when carrying out the Infinite's commands, but at other times she experiences feelings of uncertainty, fear, and vulnerability that make her easy to relate to. I also liked the romance element and the interesting predicament it put Ela in as she questions whether falling in love is part of the Infinite's plan for her, or if it would instead prove a harmful distraction from fulfilling his work.

Judge admittedly was my least favorite of the three, as it felt repetitive of Prophet in some respects, and Ela didn't get to spend nearly enough time with her love interest for my taste :)  However, I'm glad I continued on to King, as it introduced new characters and dilemmas that really drew my attention again, and brought the series to a very satisfying conclusion.

Does this series sound interesting to you? Or if you've already read it, what did you think?

P.S. If you're interested in finding out more about this series or would like to purchase the books on Amazon, click here.
Posted by Laurie Lucking at 4:00 AM