The Characters of Stones of Terrene (Void Born Blog Tour) 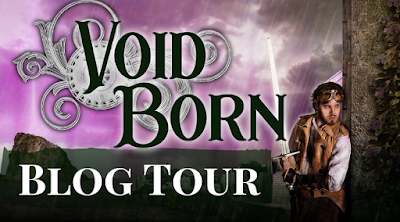 We're excited to be a part of the Void Born blog tour today, hearing from author R.J. Metcalf! R.J. stopped by for an interview as part of the blog tour celebrating the release of the first book in her Stones of Terrene Chronicles, Renegade Skyfarer. Now she's back with a character feature, sharing a bit about some of the key characters in her latest release, Void Born. Enjoy! 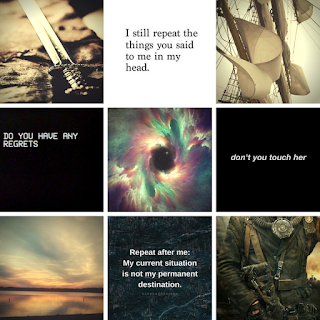 Ben Dubray has always been the main protagonist of the series as Mike and I planned it. We knew from the get-go that Ben would find himself in Terrene, that he’d have to find his way home somehow, and that he’d have a whole host of challenges to face on his quest. What we didn’t know was how Ben would turn into his
own man before our eyes.

There aspects of him that I understand well as his author: his protective nature, his desire for justice, his caring for those around him. Then there’s aspects that I didn’t expect: his endearing (to me) clumsiness around Raine and the fact that he has a sister. Sara just showed up one day, and Ben gave me a whole slew of little stories about his younger sister. Suddenly he became so much richer and deeper as a character. Some of those stories were light-hearted and fun and made me love her. Other stories were dark, and broken, and suddenly I understood why he’s the protective heart that he is. 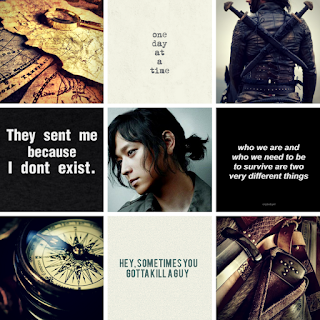 Christopher is someone new for readers to meet in Void Born, so I won’t give too much away here. I love Christopher. He’s going to experience so much change, and he’s going to undergo so many big decisions in his life. I’m really looking forward to seeing how readers will deal with this brainwashed Void Born. 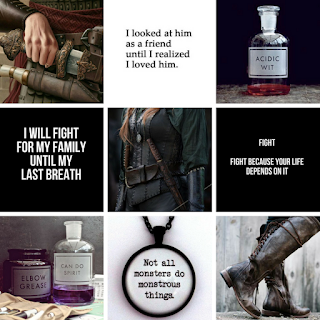 Raine. Sweet, snarky, spicy Raine. Another character that Mike and I have known from the very beginning of it all. Watching her come to life has been utterly amazing. We had simple ideas: she’s Finn’s granddaughter. She likes swords. She can’t do elemental manipulation. From those brief little bits of knowledge, she’s grown into her own character–and a reader favorite.

She keeps her secrets close to her heart. Some of the reasons will be revealed in Void Born. I’d love to say that she gets an easy break in the last two books, but just like everyone else in legend and in reality, people really shine after they’ve survived adversity.


I was already hooked by those covers, and now I'm so intrigued! (And concerned for poor Raine!) Here's the back cover blurb for Void Born: 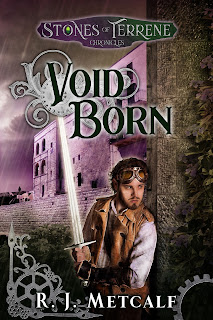 The bloodstone has been stolen.

Although the barrier remains, its stability is at risk. And if it falls, all of southern Terrene will be forfeit.

After the tragedies in Doldra, the valiant crew of the Sapphire struggles to regain their footing. Jade returns to Lucrum with the escort of Prince Weston only to find herself cornered by Lord Everett's political maneuvering. With her freedom at stake, Jade is faced with a choice: give up her dreams for the future, or watch as those closest to her die.

Ben hunts down Victor and his mysterious Void Born with the help of Finn and his granddaughter Raine. The longer they are together, the harder Ben falls for the enigmatic swordswoman. But mad sages and ruthless assassins aren't all he needs to fear–if Ben's friends find out his secret, he could lose everything.

With Terrene at stake, they cannot lose sight of their goals.

Even with the past and the future pulling at them.

Void Born just released last week and can be purchased here. And here's a little more about the author: 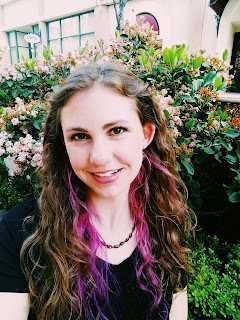 During the day, Becky is a stay at home mom of two active little boys. When she has ‘free time’, she enjoys reading, writing, baking and sewing. After many years of creative writing classes, writing fanfiction drabbles and daydreaming, it was high time to start writing her husband Mike's story. She dove into the world of Terrene and hasn’t looked back—except for when she runs out of dark chocolate. Any free time not spent in Terrene is typically expended on hosting dinner and game nights, running amok with the two little monkeys or watching nerdy movies with Mike.